Divorce is a legal proceeding governed by state law that terminates a marriage relationship. Divorce is referred to in some states as dissolution of marriage. Once a divorce is final, parties to a divorce are free to remarry. Grounds for divorce vary by state statutes, with some states allowing divorce based on fault and no-fault grounds.  Examples of fault grounds for divorce include physical or mental cruelty, adultery, attempted murder, desertion, habitual drunkenness, addictive drug use, insanity, impotency, infection of one spouse by another of a venereal disease and imprisonment for a specific amount of time.

Start your Divorce Online Now! – Uncontested Divorce Only.  All States.  Prepare all the documents you need online

Parties who wish to obtain a divorce without assigning blame or guilt may seek a no-fault divorce. Some states require a period of separation prior to obtaining a no-fault divorce or require that irreconcilable differences or incompatibility exists between the parties for a particular period of time resulting in the irretrievable breakdown of the marriage.

Parties may obtain a divorce without the counsel of an attorney, but may need to seek legal advice for complicated cases. Divorce actions can be uncontested or contested depending on whether the individuals agree on the terms and conditions of the divorce, such as property division, maintenance or spousal support, and child custody, visitation and support issues. Residency requirements for filing for divorce in a particular state vary by state statutes, but usually require that at least one party to the divorce be a resident of or establish domicile for a particular period of time in the state where they wish to file for divorce. Some states allow a simplified divorce process called a summary divorce or dissolution to parties who meet certain requirements, such as having a marriage of short duration, having no children, having minimal marital and separate property, and having waived the right to spousal support. Some states only require that the parties prove in writing that they have agreed to all significant issues, such as property division, support and issues relating to the children of the marriage.

The parties to a divorce must share financial information with one another, including documents detailing each party’s assets, liabilities and income in order to properly divide property and establish amounts of support. Couples often reach a settlement regarding such issues by negotiating privately or entering mediation. If the parties reach a settlement, they can present it to the judge who will determine the parties’ intent and understanding of the agreement. The judge will issue a divorce decree if he or she approves the settlement agreement setting forth the parties’ agreement to various terms of the divorce. When a court is determining the divorce terms, it may take into consideration fault of the parties and any prenuptial or postnuptial agreements. If the parties cannot reach a settlement agreement or if the judge does not approve the parties’ agreement, the parties go to a trial to determine the contested issues of their divorce. Typically, only a judge will hear a divorce trial, but the parties may have the right to seek a jury trial. Based on state law and evidence presented at trial, the judge will decide the outstanding issues and grant a divorce judgment. If the parties do not agree with a judge’s decision regarding their divorce, they may file a motion to modify the divorce judgment or appeal to a higher court.

The court may award alimony or spousal support to one of the parties to a divorce who has fewer financial resources. The support award can be based on many factors, including the fault of the parties, the higher-earning party’s ability to pay, the lower-earning party’s age, physical, emotional and financial condition, earning capacity, educational level and vocational skills, length of time needed to become self-supporting, custodial responsibilities, standard of living, financial and non-financial contribution to the marriage, and the duration of the marriage. Spousal support may be considered temporary or rehabilitative and enforced only for the amount of time it takes the lower-earning spouse to become self-sufficient or permanent, if a party will likely not ever have the ability to support himself or herself. Most states allow either type of spousal support to end upon a change in circumstances, including the remarriage of the lower-earning spouse.

If parties to a divorce who have children of the marriage cannot agree on custody and visitation rights, the court will decide these issues based on the best interests of the children. Typically, one parent will receive physical custody of the children, allowing them to reside with that parent most of the time, and both parents will share legal custody of the children. Parents with legal custody can make important decisions, such as those relating to the children’s education, religion and medical care. Joint custody results in the children spending an equal amount of time with each parent, while split custody allows one parent to receive custody of one or more children and the other parent custody of the remaining children. In determining the best interests of the children in an award of custody, the court will consider several factors, including the children’s preference (if the children are of a certain age), age and sex of the child, children’s development and progress in school and other activities, which parent serves as the children’s primary caretaker, the parents’ mental and physical health, religious beliefs, stability of home environment, relationship with other members in parents’ home, support the parent will provide the child in interacting with the other parent or the children’s family, abuse by a parent and the lifestyle of a parent, including drug or alcohol use. In certain situations, persons other than parents may obtain custody of children, such as grandparents or other close family members. Some states consider such persons guardians of the child.

The court will also award a non-custodial parent visitation rights, either through a reasonable visitation schedule left to the parties to establish or a fixed visitation schedule. Parents who have a history of physical abuse or violence may only receive rights to supervised visitation, requiring another adult to be present during the visits with the children. Grandparents of children of divorced parents may also seek visitation rights when the parents of the children divorce or when one or both parents die. Some states have enacted restrictive visitation statutes for grandparents only, while others allow visitation by persons other than grandparents, including foster parents or stepparents, even when the parents have not divorced or died.

Finally, a court will set forth the required amount of income to be paid by the non-custodial parent for the support of the children. Federal law requires all states to implement guidelines for determining child support. The guidelines consider the income of the parties, the number of children and the needs of the children. Although the formulas set forth in the guidelines are used to calculate a specific amount of support, parties can request that the amount be modified due to certain circumstances, such as the parents having joint physical custody of the children. Likewise, parties can seek modification of child support orders based on a change in circumstances, such as an increase or decrease in income, child’s needs or cost of living. When a party fails to pay child support, a child support withholding order or wage deduction can require that the amount of child support be automatically deducted from the party’s paycheck. A party may face state and federal penalties for failure to meet child support obligations, such as having his or her tax refunds collected, property seized, being imprisoned or fined for being held in contempt of court or having his or her driver’s license or other professional license revoked.

Divorce Definitions, for divorce-related terms, as well as Law Digests for general divorce information, child custody, child support, grandparents’ visitation, and separation agreements and Q&A Services for various divorce categories are all available at US Legal. USLF also offers Document Completion/Preparation Services for many of its divorce products for those persons who need assistance in preparing their divorce forms.

Use the US Legal Lawyer Directory to locate a Divorce attorney in your area if you need expert legal advice and/or services. 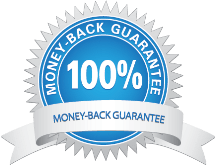